Residents will gather in central Elsternwick this Sunday (10/11/2019 @ 2.00 p.m.) to protest against over-development across the city of Glen Eira.

The event, organised by the Save Glen Eira group, aims to raise awareness of the lack of planning controls that has resulted in the “excessive” construction of multi-storey apartment buildings throughout the area. 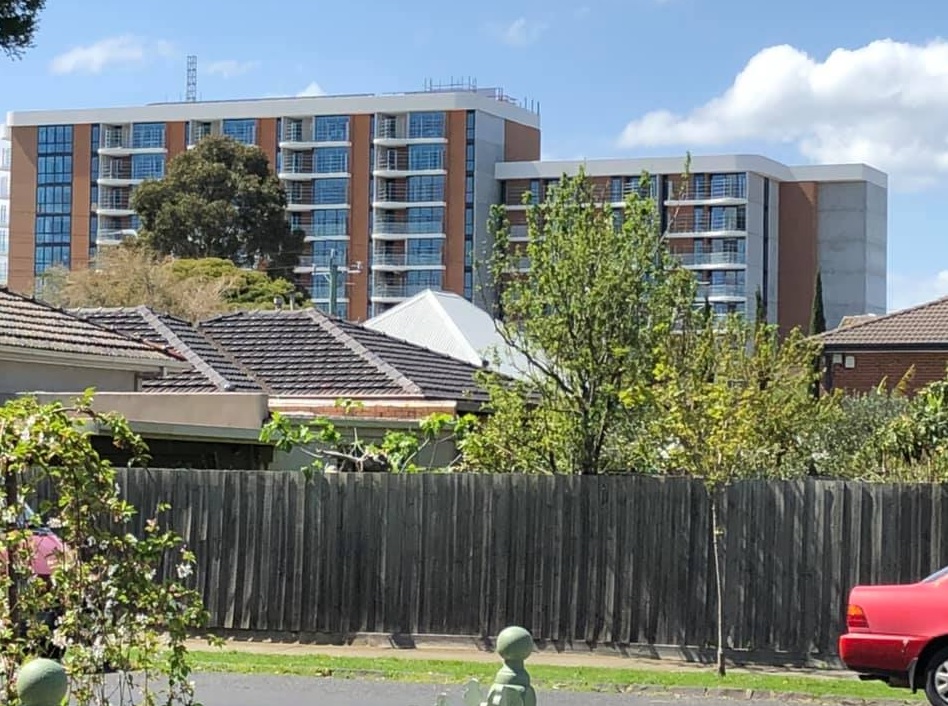 The organisers also want to send a message to Glen Eira Council. “Enough is enough!” says Save Glen Eira President Bernadette Pierce. “We already have 12- and 13-storey developments in Elsternwick and Carnegie, 10 storey in neighbourhood centres – and now there’s an application for 10 and 14 storey towers at the Woolworths project in Elsternwick, plus 3000 new apartments proposed for the East Village project in Bentleigh East.”

The group claims that the size of these projects is excessive within low-density residential areas, and that there is not enough infrastructure, transport or open space to cater for so many new residents. And that it’s all down to lack of proper planning by Glen Eira Council. “Other councils have detailed Structure Plans in place to limit building heights and safeguard residents’ amenity,” says Bernadette Pierce. “Glen Eira does not – and so it’s becoming the norm for existing single-storey homes to be completely overshadowed and overlooked by apartment blocks of five storeys or more”.

This point was driven home in a recent VCAT decision which approved an eight-storey project in Elsternwick because that was what Glen Eira Council had supported – whereas “if the Council had determined to refuse to grant a permit for the proposed development … we would have readily supported that decision that no permit be granted”. In other words, if Council’s planning controls are inadequate, then VCAT’s hands are tied. 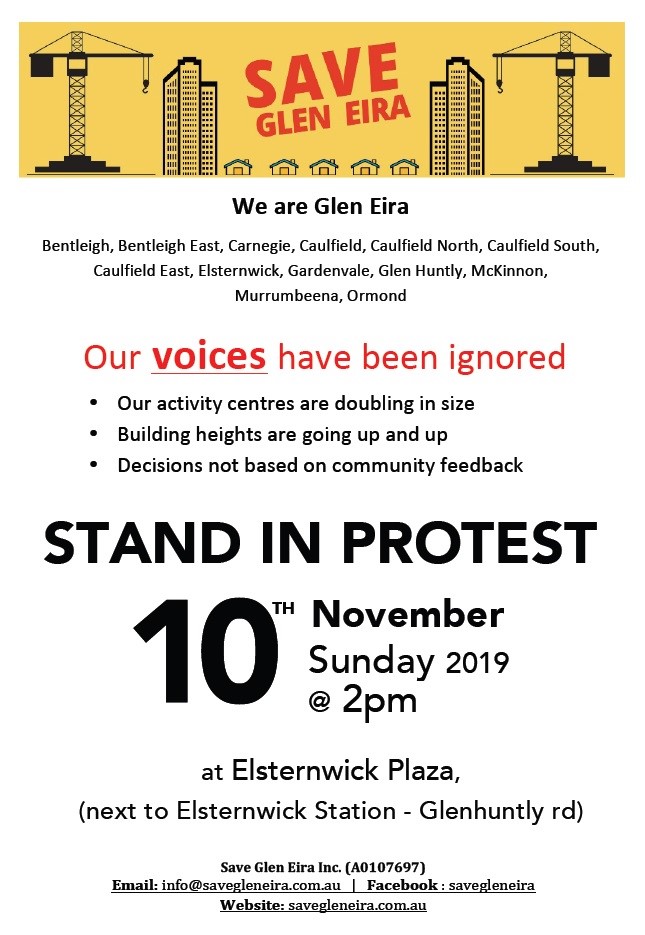